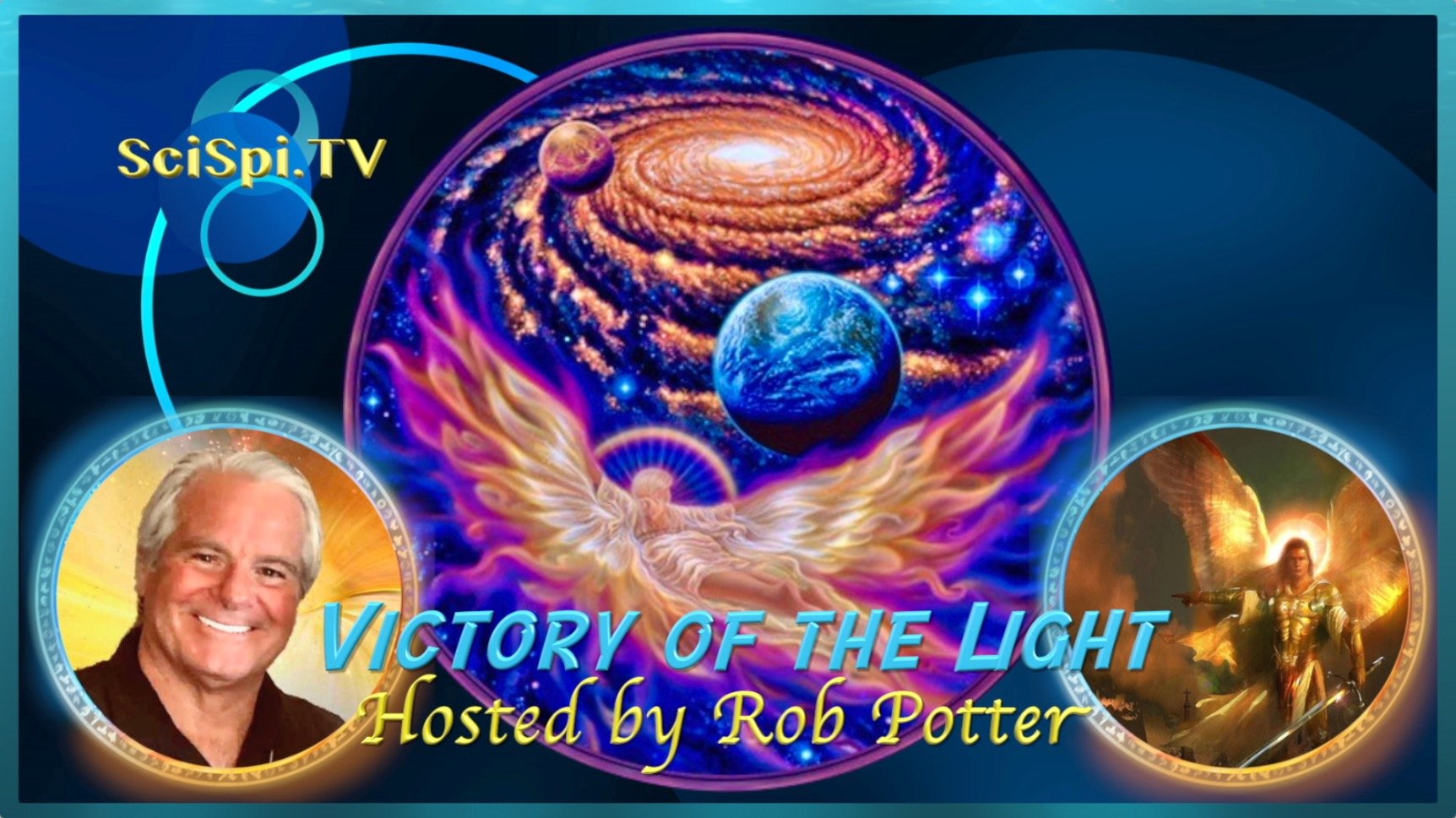 Rob is a world-renowned, real physical contactee of the Venusians and the Pleiadeans. He shares his knowledge freely about travelers from these worlds. He has been having actual physical encounters with our space family since he was 17. He has given seminars all over the world including Egypt, Japan, Australia, Bolivia, Peru, Canada, China, Europe, and the USA. He has also appeared on numerous radio and TV shows and been interviewed in countless magazines and newspaper articles for over 45 years. Rob has just recently on Nov. 22nd,2019, met the Venusian Commander Aura Rhanes. Rob can share how this natural meeting took place in a public place. He is happy to be able to speak about the messages of love and peace that they told Rob to give to the world.

In this first-ever exclusive official Venusian message and contact, he is allowed to share with the public is a simple message. The 8 questions that he asked were answered and recorded with a digital camera. This was an arranged interview of answers from a female Venusian spaceship commander acting as a Venusian emissary. The answers are elegant and are very beautiful messages in and of themselves. His friend and fellow contactee Raymond Keller helped arrange this very real meeting and encounter. On his show, Rob will share his extraordinary life story filled with phenomenal occurences and paranormal contact on his spiritual quest to discover our celestial connections and specifically, The Venusian Hierarchy of Light's message of love & hope for the people of earth. 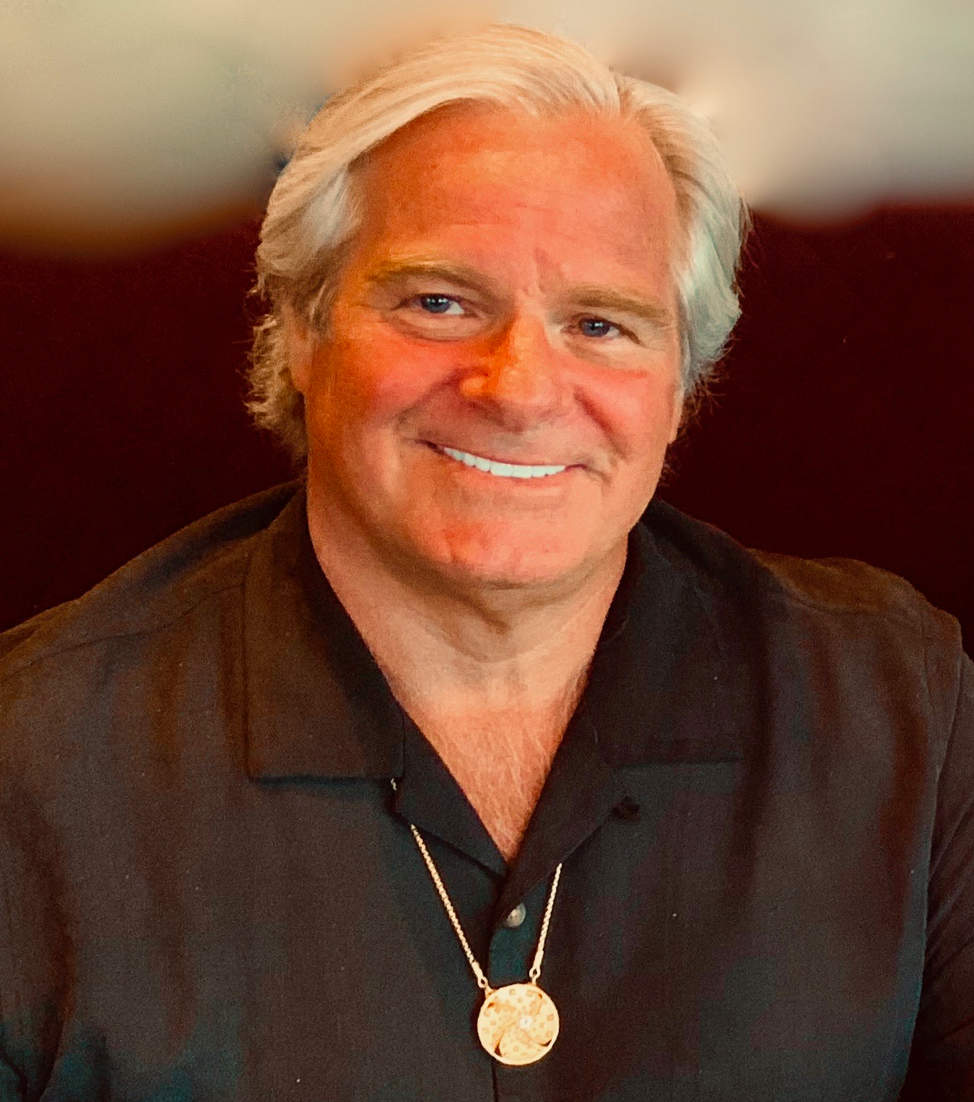 Join us in Sedona this Spring! 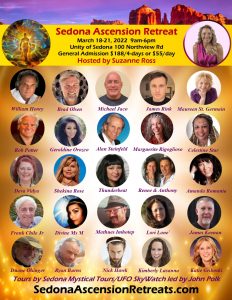 Join us in Mt Shasta this summer!

Rob is a real physical contactee of the Venusians and the Pleiadeans and has been researching healing and consciousness for over 40 years. He has given seminars all over the world including Egypt, Japan, Australia, Bolivia, Peru, Canada, China, Europe and USA. Rob has just recently on Nov. 22nd, 2019 met the Venusian Commander Aura Rhanes. She is the leader of the Venusian Moon Base. This colony is called Clarion and is back side of the moon from which the Venusians run various operations on the earth. In his presentations Rob will share how this meeting took place why he was chosen and the messages of love and peace that they told Rob to share with the world. Rob will share this video as well as some written and recorded messages he has received in the last year. He will take questions after his presentation: “Meet the Venusians”

He has a website called The Promise Revealed. You may enjoy the many interviews Rob has done for a number of radio  stations including on coast to coast on his website: www.thepromiserevealed.com

This website tells Robs Story and has many revelations about Planetary Liberation and spiritual knowledge. The website also has the advanced healing technologies given to Fred Bell and Rob from the Pleiadeans and the Andromedeans. These technologies involve the proper use of Pyramids, Sacred Geometry, Crystals, Lasers and Tesla coils. Sound Light and Color is also quite integral in the working of these healing devices. Clearly sound frequencies and color will be instrumental in the healing of our world. He had a weekly radio shows called “The Victory of Light “Radio Show on BBS. www.BBSradio.com you can still his archives on that site.

Rob leads sacred site tours to South America, Bolivia and Peru and Egypt and Hawaii to name a few. Please check the website for upcoming tour dates in 2021 to Machu Picchu and Bolivia.  www.thepromiserevealed.com

He has been experiencing UFO contacts since 1975. He was ordained into the Royal Order of Melchizadech at the request of the Venusian Commander Valiant Thor. A Venusian placed his hand on Rob’s head during a ceremony in Las Vegas.

Rob has authored much of the information and important work that can be found on www.prepareforchange.net.  He has traveled extensively is search for truth and has spent time with Sai Baba in India and has been taught Kriya Yoga by the Babaji shared in Autobiography of a Yogi by Pramahansa Yogananda.

At 22 Rob was invited to the Yucca Valley desert by the Ascended  Master “Hilarion" via Gabriel Green to meet a "Teacher". The "Teacher" was one of the ET's original earth military allies. Rob then experienced his first physical contact with 3 witnesses present. Rob has spent much of his time studying the extra-terrestrials. He has also met quite a few ET's in person. Rob is working very closely with Venusians and is now able to share some direct messages from them in regard to their efforts to give the earth hope and to enlighten us towards an era of peace and prosperity for all. Robs contacts are giving him much new and relevant information to share with the world.

Rob's personal face-to-face contacts are increasing and have given him much hope to heal our world and free us from superstition ignorance and fear. Can we grasp the reality of what is happening? Can we accept the message and act on the wisdom offered from our solar brothers and sisters from Venus?

Rob has done many Radio ,TV and Newspaper interviews including coast 2 coast, Jimmy Church and John Wells. He was featured as a metaphysical expert on Mt Shasta. He was iaslo nterviewed on the Travel channel show with Chris Gaetano. He was on sharing his technology on this show. He primarily  has been asked to act as a postman to relay the messages and to teach and prepare people for profound aspects of the ongoing process we know as Interplanetary Cultural Exchange.

Rob is considered an expert in Pyramidology and the uses of crystals and Lasers for advanced quantum field healing. Rob is sharing the healing technology given to Fred Bell during his over 43 years of developing and making these devices. The Pyramid Systems technology was given from the Pleiadean’s and utilizes Venusian healing technology as well. Rob loves sharing advanced healing and manifestation technologies utilizing Pyramidal arrays with light sound and color in conjunction with tesla coils, scalar waves, Quantum entanglement technologies. These pyramidal arrays are very strong when utilized with crystal chambers.

During his show, Rob will share information on Promise Pyramid healing systems: The “Promise Pyramid Healing System” will actually help you understand quantum physics of how to integrate feeling and thought to accelerate the manifestation. This process of manifestation is sometimes called ‘the secret” and Rob will explain this in great detail.

He will also disclose information about the Secret Space Programs, The History of Tyranny on Earth, The Subtle Alien Influence on Earth, Ascension, Esoteric anatomy,  Raising Our Frequency Techniques, The NWO and the plans for planetary enslavement. Rob will share the latest developments and plans for the liberation of planet from Inter Dimensional Galactic Confederation of Light and the Ascended Masters. Rob will demonstrate his Pyramid Systems Star Gate portal technology to help people actually develop and experience their own spiritual bodies or Merkahbah conscious field.

Rob is very much involved with supporting the mission on the Venusians on earth to help foster awareness of their mission of love peace and hope. Please see the other links including some voice-recorded messages from the Queen of Venus. Rob may also speak about his personal physical contacts with different ET groups. He will also share about the individual and planetary Ascension process, as well as any questions about the “Event”. Rob shares the science of Kriya yoga and the Rainbow Vortex Meditation. He also shares The Venusian Secret Science of Ascension. Robs will share revelations on The Galactic Confederations views of earth and it history considered vital to a balanced perspective on the earth situation at this critical juncture our growth. Rob will explain how Star Gate Portal technology is designed to heal the planet. The sharing of understanding of the many different ET races, their historical interaction with earths peoples and the ancient scriptures including the Bible, the Dead Sea Scrolls, the Mayan calendar and the Vedas is a wonderful aspect of Rob's work. The historical aspect of these many spiritual lineages of light is a revelation that can allow us to all work together. Robs presentations will clear up many of the hidden and dark agendas and how we can overcome these negative plans by invoking the light.  Working with the GFL towards peaceful resistance and service to others are keys to the earth’s destiny and our liberation from tyranny.

“ We the ground crew and light workers of the world must unite and play our part in the awakening of humanity. Our efforts can hasten the day of liberation and ease the earth through the process of birth into a new and the exciting day of reunion for humanity. Love peace prosperity for all is part of this plan and we must begin to take part in this transition. Our good works and loving service is required in any way we feel called to serve.”

Victory To The Light