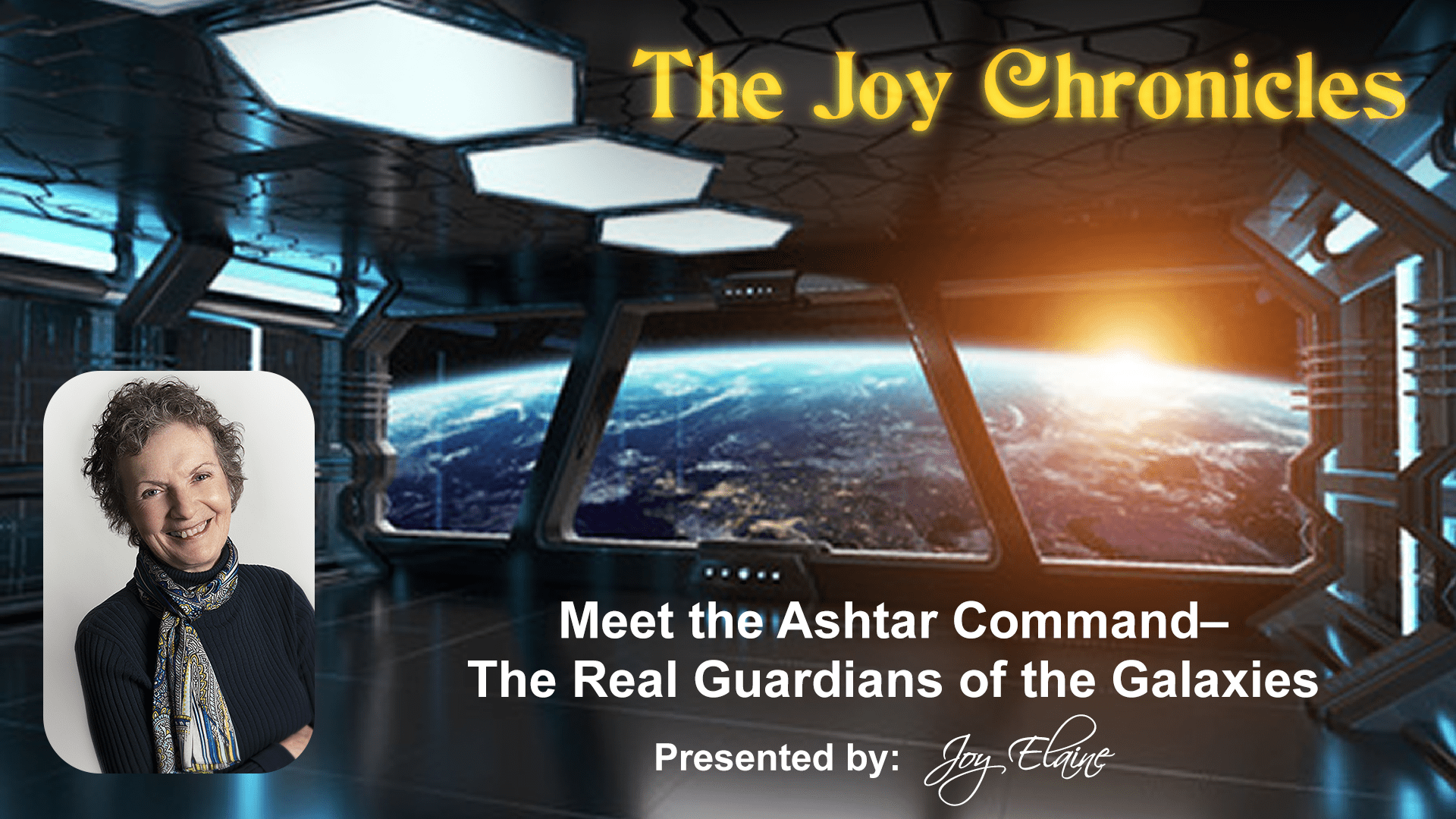 Joy Elaine is an author, speaker and one of the foremost experts in the world on the Ashtar Command, as well as “mythical” creatures that are real. Joy has her fingers on the pulse of the evolving Earth and has a profound understanding of the nature of the forty-seven universes and many of the races that inhabit them. Three decades of study in different forms of energy work—Reiki, past life regression, Akashic record reading, shamanism, angelic healing and SVH (Serenity Vibration Healing)—have given her the background as well as the tools and techniques to be able to bring forth the information in The Joy Chronicles.  The information in the Joy Chronicles is channeled material. Conversations in this series of books are a result of direct contact with beings from many universes. Joy knows and respects individuals from many different worlds and supports the evolution of their worlds.

Her life and purpose are driven by a passionate pursuit for truth and the fulfillment of her destiny, which, she believes, is to support the advancement of all species.The adventures in The Joy Chronicles are an everyday experience for Joy as she lives and breathes her sacred service in these transitional times. Her passion and dedication light the way for each and every reader to catch on the waves of change that the councils sponsor and gracefully ride them along with Gaia to a new tomorrow that is bigger and better than any dreamer can imagine.

Click on the link below to get a KINDLE version of her phenomenal book, Path of Sweetness for only 99 cents! 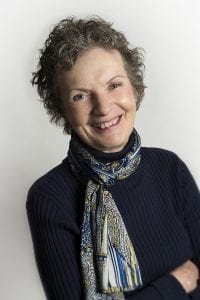 Joy Elaine has a master’s degree in music and is a professional violinist living in Bloomington, Indiana. She grows orchids as a hobby, enjoys walks in the woods and playing as well as listening to classical music.  She has studied, practiced and taught Serenity Vibration Healing® & Enlightenment Technique (SVH) since 2003 and is a Master Practitioner and an Animal Healing Practitioner in that modality. She credits this study with helping her to bring forth the information in The Joy Chronicles.

In the 1990s, Joy began an exploration of various modalities that focused on personal empowerment, healing and spiritual expansion. The SVH (Serenity Vibration Healing) tools and many others she received during her studies have enabled her to become one of the foremost experts in the world on the nature of the forty-seven universes and many of the races that inhabit them.

Introduction to the books: In The Joy Chronicles, you will step into the unknown realities that exist all around you and meet the “people” who are shaping the timing and the flavors of Earth’s evolution.

The first book in The Adventures of Joy Chronicles leads us down the Path of Sweetness as author Joy Elaine discovers a part of herself that has been living on a different dimension. As she connects with this 10th dimensional version of herself, she begins developing her ability to consciously interact with galactic beings and ascended masters.

With the assistance of this team, she and all of you that join in supporting Earth’s evolution, ignite a global shift that offers hope and a glorious new reality for us all. This is a story of self- discovery and infinite possibilities that evoke heart-welling excitement for the dawning of our world’s elevation to non-duality.

Blossoming of Love, the second book in The Joy Chronicles, offers you the opportunity to participate in a more active manner in your personal evolution as well as in the evolution of Earth. If you wish to pull up a chair at one of the Joy Council tables you may choose to sit next to a famous figure from Earth’s history and listen as they share parts of their stories, or, more importantly, their hopes for our New Earth. Witness exciting developments in the fairy realms, the return of many mythical creatures and allow yourself to feel the magic that is part of life on Earth!

In book three, A Wish is Granted, dramatic and unexpected events create some bumps in the road for the Joy Council. Low points include: assassination, war, a bicycle wreck and Mooshea spit. High points (and there are many) include: Swizzler adoption and jousting, history of dragons on Earth as revealed by Woonfred, Buddha on enlightenment, Mary on Jesus’s birth, inaugurations of Joy Councils for other universes, meet a race of bird people, learn how an entirely feminine universe works and glimpse a vision from 350 years in the future.

In book four, Paths of Freedom, other universes form Joy Councils, but it is touch and go until Liponie goes undercover to rescue a key figure in restoring peace and the team finally captures the mastermind (with supernatural powers) behind the plot to destroy all the Joy Councils.

Even though the 3rd dimension left Earth in 2009, we discover and rescue 124,310 children stored in stasis there. Thankfully, there are many lighter moments, including: a chat with Lancelot (yes, very handsome); Gaia speaks about leprechauns; celebrating the first anniversary of their meeting, Tonas gives Joy diamonds—she gives him a toaster; they might be engaged.

In Return of Dragons, an intervention to prevent dragons from being lured to their deaths in the past is implemented since that method of trickery could also have been the means to kill the new dragon prince, Joyyah. He is born on Mother’s Day, but not in the location Woonfred and Kira had planned. It becomes necessary to create a new world for the dragons (thanks Liponie) to prevent their capture by a relentless tracker. A plot to kill Commander Ashtar results in the deportation of Chu who are not residents of Earth. On the lighter side: Cardmah, a leprechaun, talks about gold and raspberry pie. The Swizzlers are successful at meditating—on chocolate—and are masters at skateboarding

In Spaceship Earth/Return of the Star Tribes, worldwide disaster is forestalled by implementing an unprecedented strategy. After that dust settles, the team must figure out how to dispose of nine-million- year-old toxic waste left by the Annunaki.

Other remarkable events include: Arthur and Guinevere tell their story; scoops on Stonehenge, Noah and Nessie; many collectives that became extinct or were destroyed return to once more assist the Earth; Woonfred’s coronation and the new dragon hierarchy; flower power and driving under the influence—of dew; Inseanarah Universe ascends; Gaia assists in replacing all creatures living in zoos/aquariums with holograms; Swizzler’s first birthday party inside Carcassonne castle with the real Mickey Mouse. 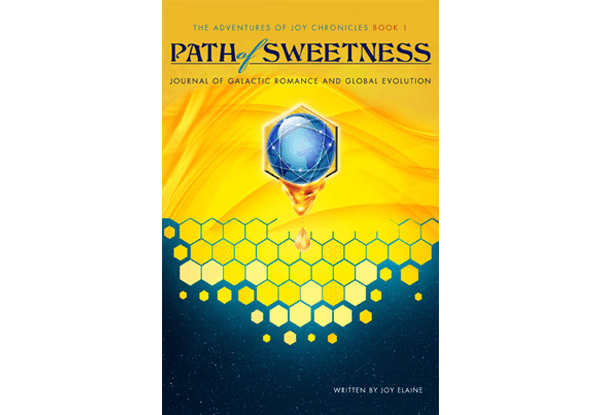 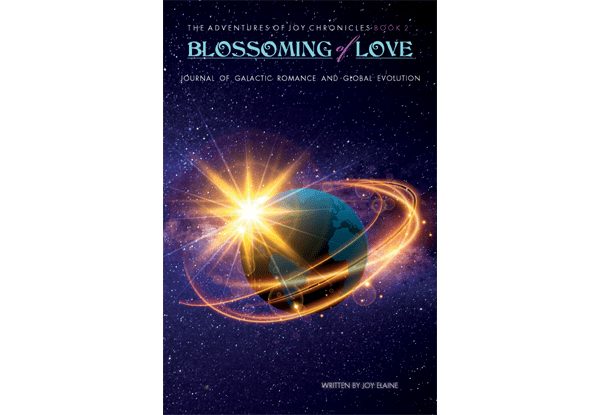 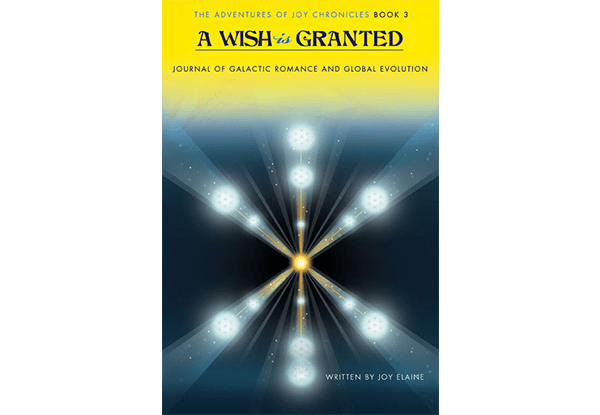 A Wish is Granted 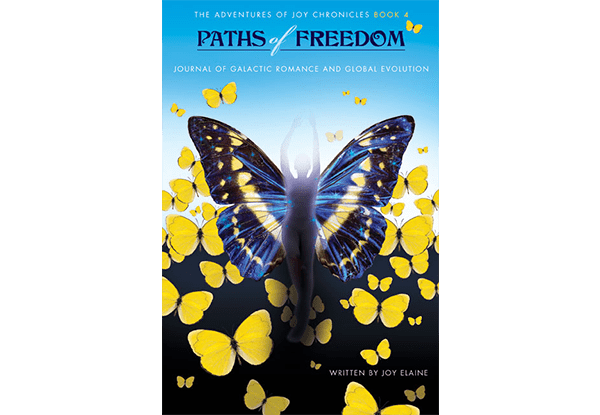 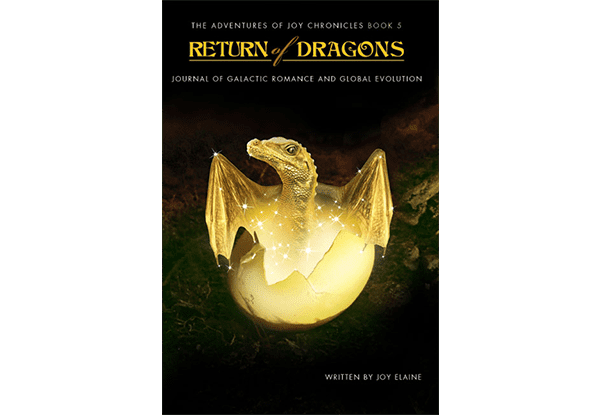 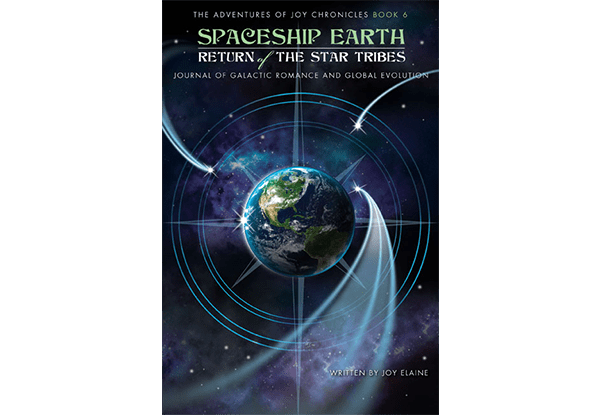